What is IP Subnetting?

To best utilize available addresses if we put more than 16000000 hosts in a single network, due to broadcast and collision, that network will never work. If we put less hosts then remaining addresses will be wasted.

Subnetting provides a better way to deal with this situation. Subnetting allows us to create smaller networks from a single large network which not only fulfill our hosts’ requirement but also offer several other networking benefits.

I have already explained the advantages of Subnetting along with why Subnetting is necessary in previous parts of this tutorial. In this part, I will mainly focus on Subnetting components and terminology.

This tutorial is the third part of the article “IP Subnetting in Computer Network Step by Step Explained with Examples”. Other parts of this article are following.

This tutorial is the first part of the article. It explains IP addressing and network addressing such as IP address, subnet mask, IP address types and IP classes in detail.

This tutorial is the second part of the article. It explains what Subnetting is and why it is necessary in computer network along with the advantages of Subnetting.

This tutorial is the fourth part of the article. It explains how to solve or answer any Subnetting related question in less than a minute with 50+ Subnetting examples.

This tutorial is the sixth part of the article. It explains VLSM Subnetting examples for Cisco exams and interviews.

This tutorial is the last part of the article. It explains Supernetting in detail with examples.

Both addresses are 32 bits in length. These bits are divided in four parts. Each part is known as octet and contains 8 bits. Octets are separated by periods and written in a sequence.

There are two popular notations to write the IP address and Subnet mask; Decimal notation and Binary notation. 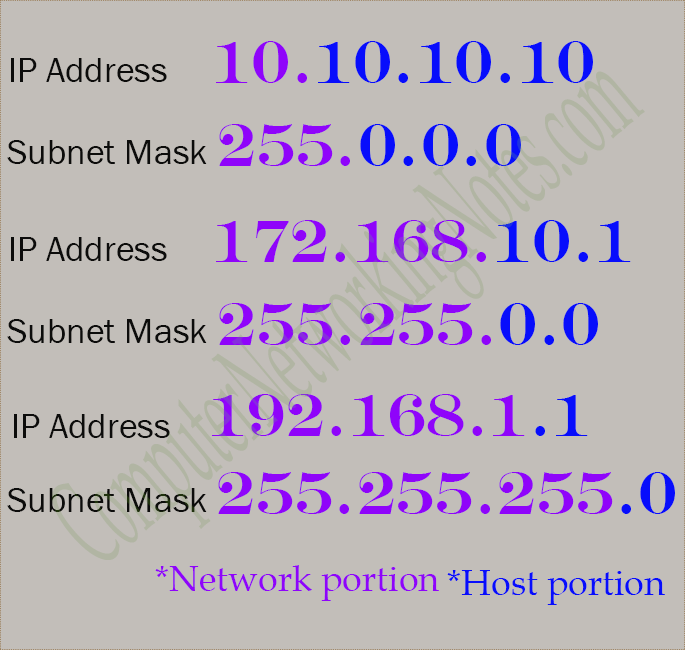 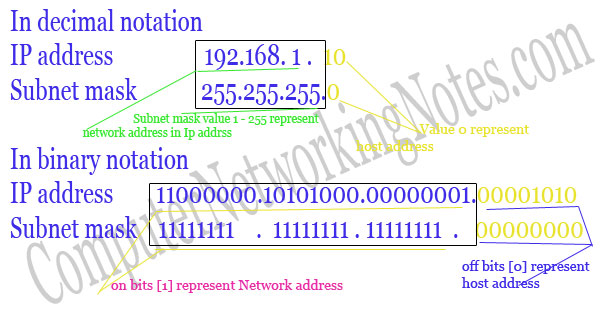 Examples of IP address with subnet mask in binary format

Examples of IP address with subnet mask in decimal format

In above examples network portion is formatted in bold text.

To learn more about IP address and its classes, you can see this tutorial.

Subnetting can be done only in Subnetting eligible bits. 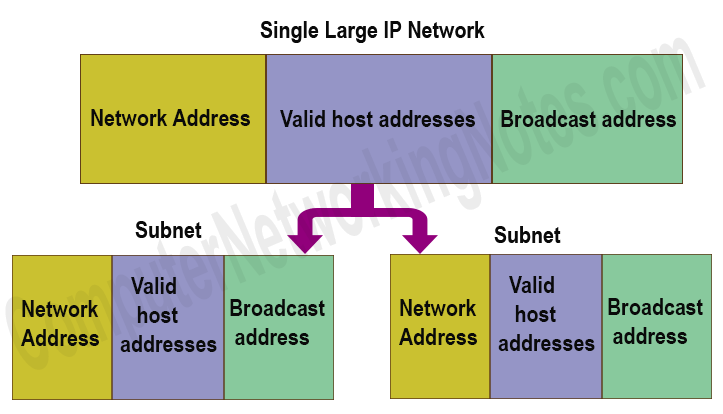 Following table lists the power of 2 till 32.

In 2X the X is the number of bits.

Subnetting always flows in single direction (left to right) without skipping any bit. This simple rule gives us the exact location of Subnetting bits in an address space. Let’s take an example.

A class C network is subnetted in 4 subnets. Find the number of host bits used in Subnetting and their location in address space.

Since in class C network space Subnetting eligible bits starts from 25 and Subnetting always goes from left to right without skipping any bit, the bits used in this network are 25 and 26. 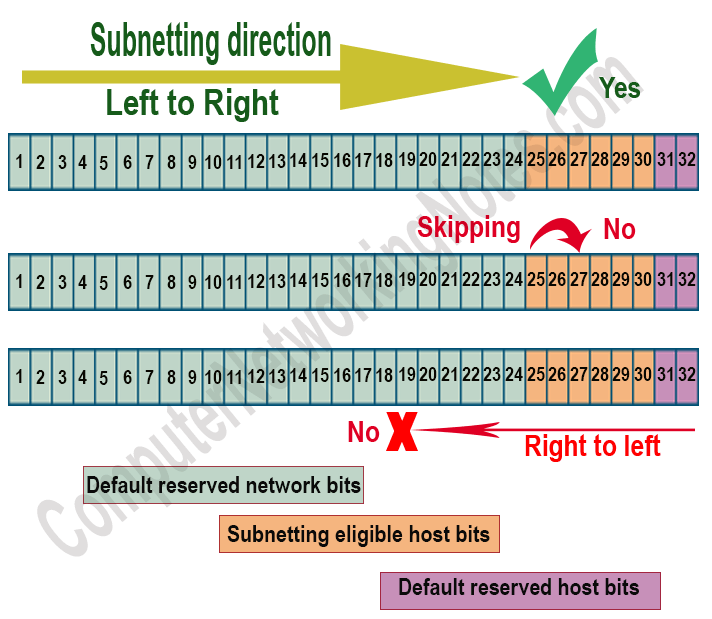 It’s a compact representation of Subnet mask. In this notation a slash (/) sign and total number of the on bits in subnet mask are written with IP address instead of full Subnet mask.

Following table lists some examples of IP addresses with Subnet mask in all three notations.

Following figure shows an example of FLSM and VLSM. 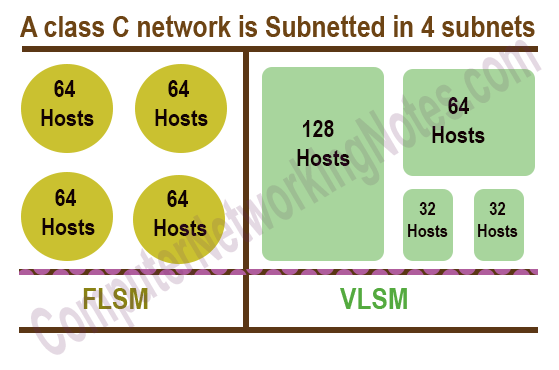