This tutorial explains the differences between SysVinit, Upstart and Systemd. Learn what the systemd is and how it is different from its predecessors.

What is the systemd?

The systemd (system daemon) is a service and management mechanism. In RHEL7 or above, it is responsible for initializing and activating system resources and server daemons at the boot time as well as on a running system. 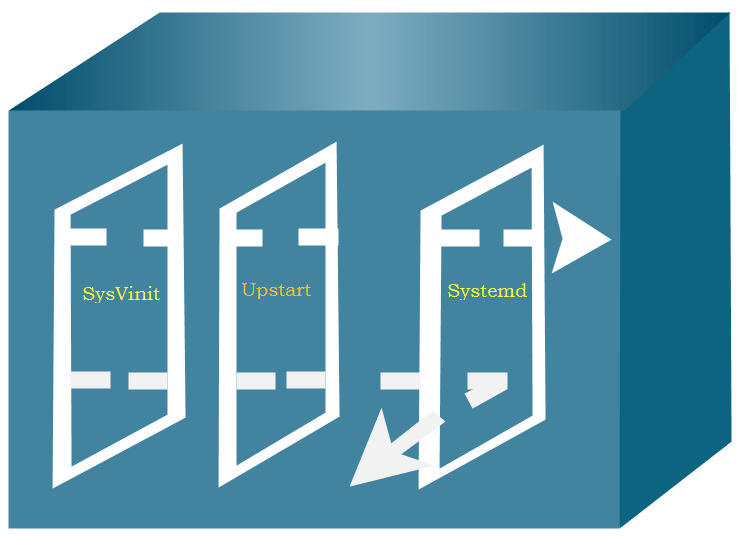 This process defines six system states known as run-levels and maps all processes and services with these run-levels. It also offers easy to use commands and methods for managing run-levels and their related services.

This program was created to work within a static environment. It does not work well with hot-plug devices. For example, suppose you have a Linux system that is using this program for services and processes management. If this system is in running state and you attach a USB device to the system, this program does not recognize that USB device.

The Upstart, instead of using run-levels, uses system events to start and stop services. An event is a change in the system state. When an event occurs, the upstart detects that event and makes necessary changes.

An event can be anything that requires or triggers a change in the system state. The following are a few examples of events.

Unlike its predecessors, the systemd is not easy to understand. To meet with modern system requirements, it contains several features and tools. These features and tools allow you to manage services, devices, sockets, mount points, swap area, unit types, targets, and many mores.

Advantages of the Systemd are the following.

To provide above listed functions and many others, the systemd uses complex mechanism. In the next parts of this article, I will explain how the systemd works and how can you manage system through the systemd effectively.

That’s all for this tutorial. If you like this tutorial, please don’t forget to share it with friends through your favorite social platform.