This tutorial explains basic networking commands (such as tracert, traceroute, ping, arp, netstat, nbstat, NetBIOS, ipconfig, winipcfg and nslookup) and their arguments, options and parameters in details including how they are used to troubleshoot the computer network.

Tracert: Determines the path taken to a destination by sending Internet Control Message Protocol (ICMP) Echo Request messages to the destination with incrementally increasing Time to Live (TTL) field values. The path displayed is the list of near-side router interfaces of the routers in the path between a source host and a destination. The near-side interface is the interface of the router that is closest to the sending host in the path. Used without parameters, tracert displays help.
This diagnostic tool determines the path taken to a destination by sending ICMP Echo Request messages with varying Time to Live (TTL) values to the destination. Each router along the path is required to decrement the TTL in an IP packet by at least 1 before forwarding it.

Effectively, the TTL is a maximum link counter. When the TTL on a packet reaches 0, the router is expected to return an ICMP Time Exceeded message to the source computer. Tracert determines the path by sending the first Echo Request message with a TTL of 1 and incrementing the TTL by 1 on each subsequent transmission until the target responds or the maximum number of hops is reached. The maximum number of hops is 30 by default and can be specified using the -h parameter.

To trace the path to the host named www.google.co.in use following command 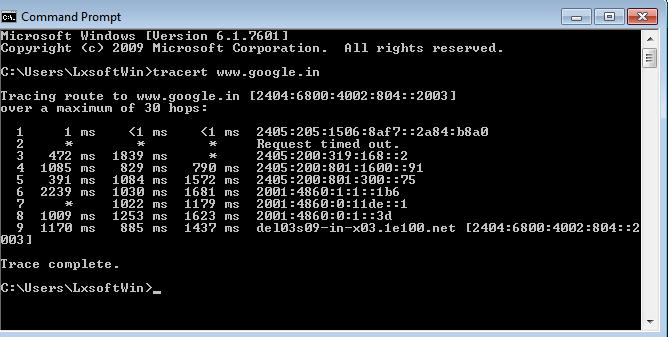 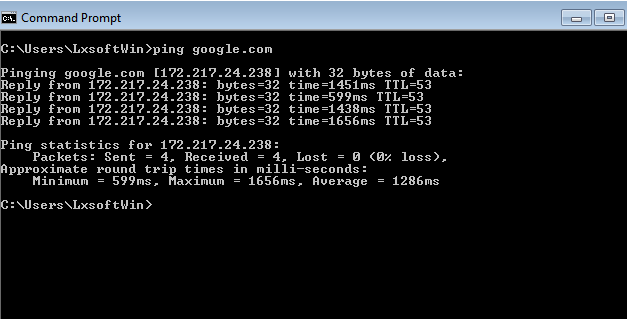 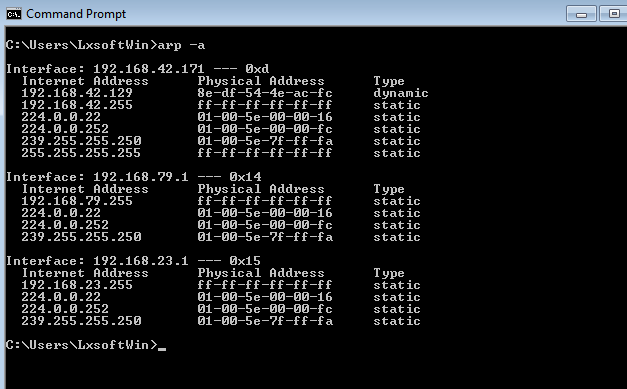 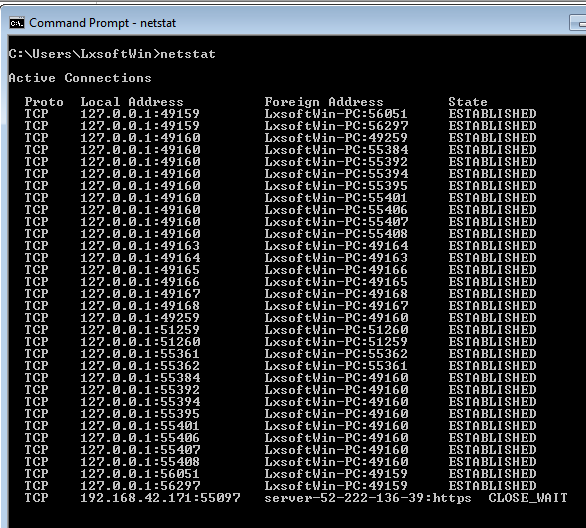 Netstat provides statistics for the following:

(state) Indicates the state of a TCP connection. The possible states are as follows: 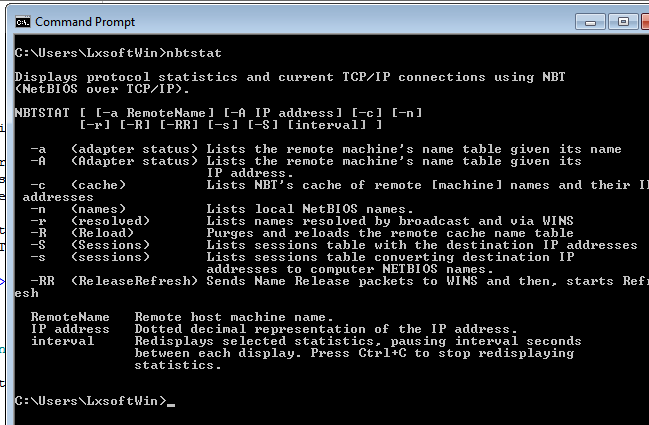 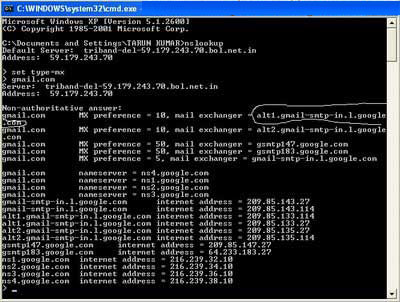